The answer is that they are doing nothing

The three left parties in the government, the LSSP, CP and DLF, even if they consider it futile to break away from the government can nevertheless conduct themselves in a more politically constructive manner. The reason why these parties do not want to quit the government is because they sense that it would be futile to build a mass political movement entirely independently.

They point to the small Marxist parties that are making no headway and even at the experience of the JVP, which despite determined efforts to expose corruption and oppose authoritarianism has done very badly in elections. The leaders of the Samajawadi Jantha Peramuna (Socialist Alliance) argue that these experiences prove that the mass movements are firmly locked into the UPFA and the UNP (excepting the Tamils and Muslims) and that to be productive the Left must remain within the UPFA and work for progressive objectives internally. In this short document I will not argue about this point, but rather I will take up the question whether these leaders are actually engaged in an internal struggle that one can call progressive, independent, or in the interests of the underprivileged classes or the minorities.

If they were visibly engaged in such actions inside the government their Left identity would become visible and the people will rally behind these progressive forces in the government. If this bold identity emerged the Left would win a leading position among the people. But take the burning issues facing the whole country one by one; corruption and abuse of power, a dangerous trend to authoritarianism, militarism and curtailment of democracy, and a pro-capitalist economic policy which is making the lot of the poorer sections of society harder by the day. The other explosive issue facing the country is the government’s refusal to devolve power to the Tamils of the North and East. Now is the Left inside the government fighting boldly on any of these issues? Is there anything to make the people believe that these leaders are doing anything other than sleeping? The answer is that they are doing nothing. Just three examples will suffice to prove the point. 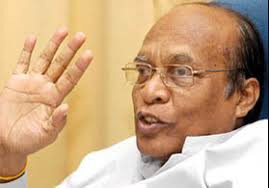 The Socialist Alliance fully agreed internally that the recently enacted 18th Amendment to the Constitution is pernicious and has the potential to become an instrument of dictatorship. Regarding the shooting of a worker at Katunayake recently the members and leaders of these Left parties were angry and aghast. Thirdly the Left knows fully well that the government is dragging its feet and sidetracking any political settlement with the Tamils. On all these matters instead of giving bold and clear leadership to the people the Left leaders make rather shameful excuses for the oppressive actions of the government. Obviously, under these circumstances the people see the Left inside government as useless, as people with no real identity, as leaders more interested in preserving their benefits and privileges than struggling for the people or taking forward a socialist programme. I am not asking the Left inside the government to split away, but rather that they should do their self-apportioned job properly. Otherwise what’s the point of their existence?

Indian Politics, TNA and the Left